The Tb points given to this wine are the world’s most valid and most up-to-date evaluation of the quality of the wine. Tastingbook points are formed by the Tastingbook algorithm which takes into account the wine ratings of the world's 50 best-known professional wine critics, wine ratings by thousands of tastingbook’s professionals and users, the generally recognised vintage quality and reputation of the vineyard and winery. Wine needs at least five professional ratings to get the Tb score. Tastingbook.com is the world's largest wine information service which is an unbiased, non-commercial and free for everyone.

The wine has garnered a 97 point score from James Suckling who called it “very fine”.

Suckling had granted the 2015 a ‘perfect’ 100-point score however and both the 2015 and 2016 vintages are available at about the same price.

Both the Opus One 2015 and Masseto 2015 have been sold with some success due to their compelling releases – whether it will be the same for Almaviva only time will tell.

In 1997 Baroness Philippine de Rothschild and Eduardo Guilisasti Tagle, Chairman of Vina Concha y Toro forged a partnership with a view to create an exceptional Chilean equivalent of a Borde 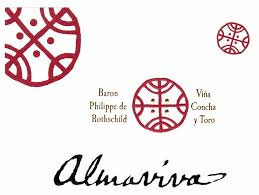 aux Grand Cru Classe. This wine was to be called called Almaviva.

Located in the Maipo Valley, in Chile's central zone, the Puente Alto vineyards behind Almaviva are recognized for offering ideal conditions for growing the Cabernet Sauvignon grape. It is here that 85 hectares have been reserved exclusively for Almaviva.

Since Almaviva's launch in 1998 the wines popularity has rocketed. Now seen as one of the finest wines in the world Almaviva kudos has to go to winemaker Tod Mostero for producing a wine of such consistent high quality.

Be the first one to make a 20s tasting note!

BORDEAUX 2020 - SUCKLING VERSUS AI
by Tastingbook
DOMAINE DE LA ROMANÉE-CONTI
470 VINTAGES TASTED
Heaven and hell for the wine buyer.
eBay
BORDEAUX 2020 - 800 wines tasted!
by Markus del Monego MW
PENFOLDS CALIFORNIA - Are they dreaming?
Andrew Caillard MW
VINTAGE 2010
Over 5000 tasting notes
BEST WINE CRITIC OF THE WORLD
WINNERS!
ALL THE WINNERS
BWW2021 - BEST WINE OF THE WORLD COMPETITION
ALL THE WINNERS
AND 100 BEST CHAMPAGNE 2021 LIST by CHAMPAGNE MAGAZINE
TOP 10 000 WINES EVER MADE
UPDATED IN EVERY DAY

Type a message ...
Register to Tastingbook
Register now, it's fast, easy and totally free. No commitments, only enjoyments.
Register